The Club and its members

The Zonta Club of Pine Rivers was chartered on 1 June 1994, (incorporated under the Queensland Associations Incorporation Act on 6 April 1995).

SOM (Sponsoring /Organizing/Mentoring) Club was the then Zonta Club of Redcliffe  Area. Jane Wilson O’Brien  (who serves at the International level as an International  Membership Committee member)  was Chairman of the Organizing Committee.

The Charter presentation dinner was held on 8 July 1994 at the Kallangur Hotel with presentation of charter and installation of officers by then District 24 Governor Mary Magee.

The Club Board has usually consisted of the President, Vice-President, Treasurer, Secretary, and 2 year Directors. Current Committees are Service, LAA, Membership, Finance and Fundraising, United Nations and Nominating.

Business dinner meetings are held on the 2nd Wednesday of the month except for January.

Early meeting venues were varied, followed by the North Pine Hotel, and then the Arana Leagues Club for many years. From late 2013 we meet at the Eatons Hill Hotel.

Membership Member numbers have fluctuated from the initial 34, but have been mainly in the mid to high 20’s. In March 2014 we have 22 members.  The last Charter member, Bettina Mayfield, resigned in 2013. Charter president Edith Fogg transferred to the Zonta Club of Caboolture. The earliest member remaining is Jan Spittle who joined the Club in February 1995.

Since 1995 Club members have attended every District 22 (and old D. 24) conference and every International Convention except 2010 (San Antonio).

The Club formed the Z Club of Ferny Groves State High School in September 2001 but although active with projects in the earlier years it had ceased functioning effectively even before 2011 when the last FGSHS staff member (of 3 who had supported the Z Club over the years) retired from the school and from Zonta.

We adopted the Zonta Club of Botany Bay’s breast care cushion project in 2000 shortly before it became a District 23 & 24 project and have held on average 4 sewing bees or more each year producing up to 50 cushions a session and delivering them to local and regional hospitals, (together with drainage bags made by a Club supporter).

Since 2004 we have held an annual Birthing Kits Assembly Day ( making up to 1800 kits),  and in the past few years have included school students and other volunteers in the event.

We have donated to the ZI Foundation since 1995; increasing to a third of funds raised from about 2000.  We have donated to many local causes, organisations and individual women; in recent years concentrating on projects which specifically meet Zonta International’s objectives including (but not only):-

2006 to 2009:- As an alternative to YWPA we experimented with bursaries and encouragement awards for female High School students.

2010 – ongoing: We established  the  QUT Zonta Pine Rivers scholarship  – a $2500 annual bursary for women who are sole parents and from low-income backgrounds. This scholarship is administered by QUT.

2006 – ongoing: support of women and children in a domestic violence refuge with improvements to the housing complex;  starter packs of kitchen and household items for the families when they leave the refuge to start their new life; grocery cards, phone cards &  other linen and clothing as requested by the Shelter staff.

2006 onwards: -Support for up to 4 Grade 7 girls from Kowanyama far north Queensland to attend school leadership camps.  We also send clothes, books and household linen to the women of Kowanyama for an annual community fete stall. Proceeds assist more Grade 7 children attend the school leadership camps where they learn life-skills before leaving the community to go to Boarding schools.

2001 – onwards:- IWD :  We have celebrated IWD with close to or over a 100 attendees every year  at a breakfast or lunch  with guest speakers and entertainment

2010 (re-painted 2014):- we erected a fence panel on the side of the Arana Rugby Leagues Club playing field saying “Zonta says no to violence against women” with the DV Help line number in the second panel.

2011:- established the RAVES self-protection program for year 9 students. This programme teaches Year 9 High School students of both sexes, but in separate sessions, verbal and physical skills to keep themselves safe, and how to recognize, avoid and defuse violence.

2013:- Several members took part in District 22’s inaugural “Zonta Says NO” walk in November and also in November we held a “Zonta says no” Zumba session in a local park.

In recognition of Zonta International’s close relationship with United Nations’ agencies  involving projects to assist women and girls, between 1996 and 1998 for our October meetings we had an adjudicated but fun Club debates with the Redcliffe Club to celebrate United Nations Day ; and from 1999 have had a guest speaker with an international theme at our October dinner meeting to celebrate “UN” day  (24 October).

Bingo. From November 1996 until December 2011 the Club’s major on-going fundraising was through the weekly “Zonta Pine Rivers” bingo games at the Arana leagues Club. The game was originally run by an Hon. Zon., before Club member Vicki Williams took over and ran the game from 2006 until the game was no longer a viable fund-raiser, due to competition elsewhere.

More fundraisers. In earlier years we have catered at gymkhanas, run raffles, been Westfield “secret shoppers”, had a bush dance, sold Zonta umbrellas.  Other, bigger fund raisers were Charity Golf Days (95 to 99) and 2005; selling glo-sticks and other flashing novelty items at Council run outdoor concerts, and having  sausage sizzles at Bunnings from 2009 onwards.  We’ve also had Casino nights, Christmas in July, Melbourne Cup lunches;   established an annual trivia night in 2013, and an annual Mothers’ Day high tea in 2014.

We have been the recipients of several grants for Club equipment, (photocopier, laptop, camera), Club events (IWD and Women’s business expo) and Club projects such as the RAVES programme.

Zonta Pine Rivers joined with the Zonta Club of Brisbane Metro Breakfast and 3 other Clubs in organising the Fashion Showcase in June 2013 raising funds for Project NOW.

In 2014 we are again organising committee members supporting the next Area 1 & 3 Zonta Clubs collaborative project – Anglicare’s Home from Homelessness. 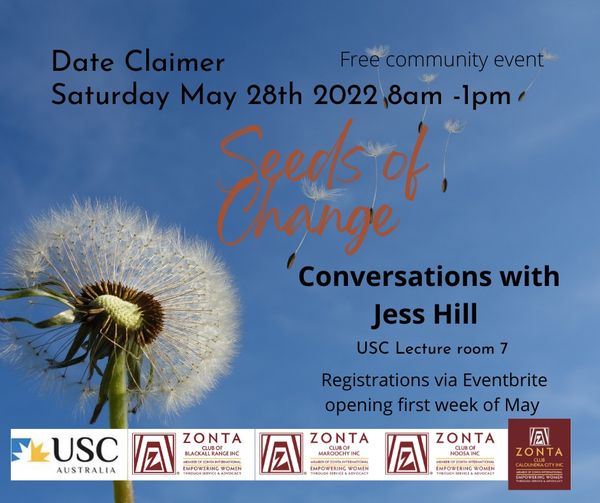 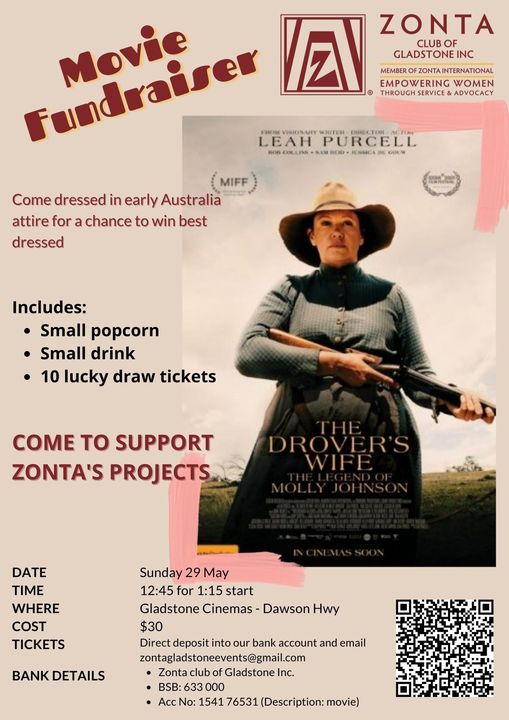