The heritage buildings along Quay Street on the river front in Rockhampton, have taken on an orange glow in order to spread awareness of the ’16 days of activism’ campaign. The Zonta Club is in partnership with the Rockhampton Regional Council and uses the heritage strip in this way to support the campaign.

Why the colour “orange”?
The United Nations Secretary-General’s Campaign UNiTE to End Violence against Women has proclaimed the 25th of each month as ‘Orange Day’, a day to raise awareness and take action against violence against women and girls. The partnership with the Council has been a feature of the campaign for a number of years. 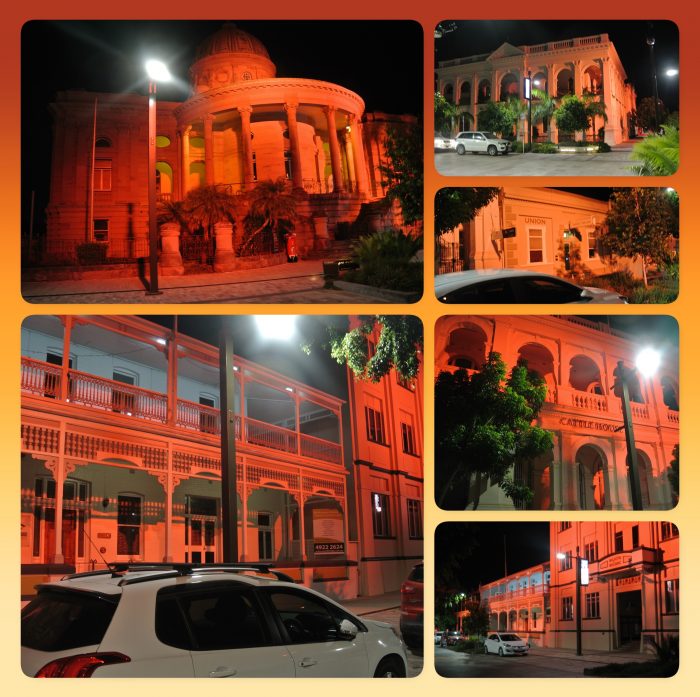