Among the assembled women were seven men who turned up to acknowledge International Women’s Day and support the club, which focuses on female empowerment globally.

Ms Martin described upcoming projects for the club both internationally and locally.

They included Ending Child Marriage, a Zonta International program in Africa, India and the Middle East, Let Us Learn, a project to support vulnerable girls in Madagascar to exercise their rights to education and Hand in Hand, a refugee crisis initiative to support Syrian refugees and women in Jordan.

She also announced applications for a leadership award to open in August, which would see young women aged 16 to 19 receive encouragement and financial support to participate in public and political life.

Guest speaker was Kerry dairy farmer Kay Tommerup who gave an inspiring talk about the struggle to survive on the land. 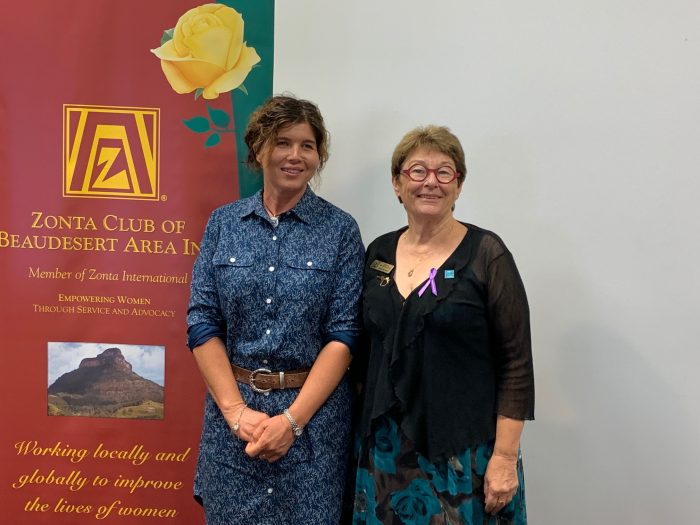 Ms Tommerup said her parents had been dairy farmers and had taught her to be resilient.

“I learned the meaning of hard work from dad and I knew that my mother believed I could do or be anything I wanted to be,” she said.

“I have never questioned as a female whether or not I would be able to do something.”

Ms Tommerup said she had learned from her family, including her five older brothers how to stay strong and get on with it. She said she met her husband Dave at a Rathdowney dance and while they had weathered some severely tough times, which resulted in both of them having to work off-farm at times, they had had a plan to never be crippled by insurmountable debt and never compromise their values or ethics just to survive.

She explained the measures the family had undertaken to diversify their business, focus on quality rather than quantity and find a way to overcome the hurdles associated with dairy farming in Queensland. Their children Harry and Georgia had a say in all the big decisions.

“It is sad that they have only known the tough times and have no interest in carrying on with the farm,” she said.

Ms Tommerup said losing her mother to non-Hodgkins lymphoma made her look at her life in a different way.

“I left my job at Darlington school and jumped into farming boots and all,” she said.

“Mum had taught me to be incredibly strong.

“Being a farmer has allowed me to have the children with me whenever they want.”

She said when Coles introduced $1/L milk it changed everything overnight and solidified the family’s determination to find a way to thrive, not just survive.

‘Eight years later it’s still being sold and we are watching the dairy industry die. This is disgraceful and immoral,” she said.

Ms Tommerup said she was grateful for the opportunity to establish a connection between consumers and farmers, using public advocacy and the Tommerup farm stay business to help people understand where their food comes from and encourage increased respect for the work that goes into producing it.

After lunch, the raffle tickets were drawn with a variety of prizes up for grabs. 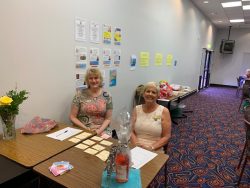 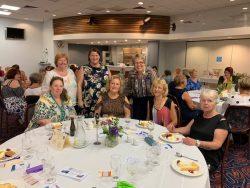 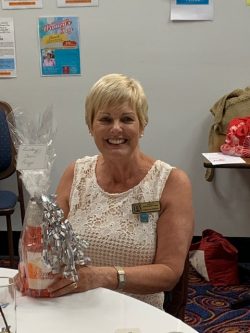 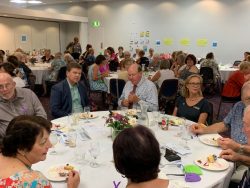 Wonderful number of guests at the luncheon 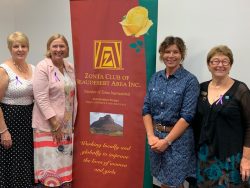 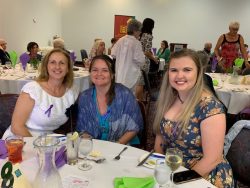 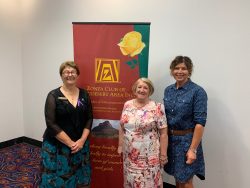